My blog became quiet over a year ago… It is not that I had nothing to write about. I was just completely absorbed in a mission to launch a new kayak company, and once the company was launched, it was a roller-coaster ride to put all the little things in place to turn the startup enterprise into a sustainable company. The mission is not over yet and there is much work to do still, but I figured it is time to take a break and at least update my blog.

The goal was set high: I wanted to launch the new kayak brand with 11 unique kayak models plus 4 more Angler versions of some models, giving us a total of 15 models at launch. With “us” I mean myself, Lisa and 3 other partners who are long-time paddling friends of mine. To top off the ambition goal, I wanted to develop a complete new range of fittings for the kayaks, mostly because I haven’t found off-the-shelf fittings that I really like, but also because I wanted to give Vagabond’s kayaks a unique look.

It was not easy to decide which specific 11 kayak models to start with. I have so many ideas for different types of kayaks, to narrow it down to just 11 seemed an impossible task. In the end, I think we ended up with a well-balanced selection of craft that will satisfy many recreational paddlers, anglers and naturally whitewater kayakers too.

My goal with Vagabond from the start was to bring real innovation to the market. In the recreational market, there has not been real innovation to speak of for many years. Every year I look with interest at the new rec kayaks being launched at the main trade shows, and every year I am disappointed. The focus seems to be on an ever-increasing number of fittings added to the rec boats, often without any defined purpose. Rec boats in general are not fun to paddle at all. They tend to be sluggish and unwieldy. Rec boats have become progressively wider over the years, with the main focus on stability at the expense of speed. I will not deny it, I was caught up in the same vibe when I designed rec boats in the past.

The break from the paddling industry in general and from designing kayaks in particular has allowed me to look at kayak design with fresh eyes again. It was a bit frustrating sometimes to not be able to share the cool stuff I was working on, but at the same time, it also freed me up to focus on what I was doing without outside interference.

I’m extremely proud and satisfied with what I created with my team. Head over to vagabondkayaks.com to see the range of kayaks, and if you like what you see, go like our facebook page too.

Every expedition starts with an idea. The idea grows until someone gets interested (or obsessed) enough by the idea to put a plan in action to make it happen. This process can take weeks, months, sometimes years. Getting to run the main Tsitsa Gorge was no different.

THE Transkei – literally meaning “Across the Kei River” – conjures images of endless mountains and valleys, inhabited by traditional Xhosa people and their mythical forefathers’ spirits. It’s a true image, but not the whole truth. The Transkei boasts the type of raw beauty that only Africa can deliver, where spectacular natural scenery goes hand in hand with poverty, violence and corruption. It’s a part of South Africa that feels so remote from the civilized world that it could just as well have been in Africa’s heart of darkness. END_OF_DOCUMENT_TOKEN_TO_BE_REPLACED 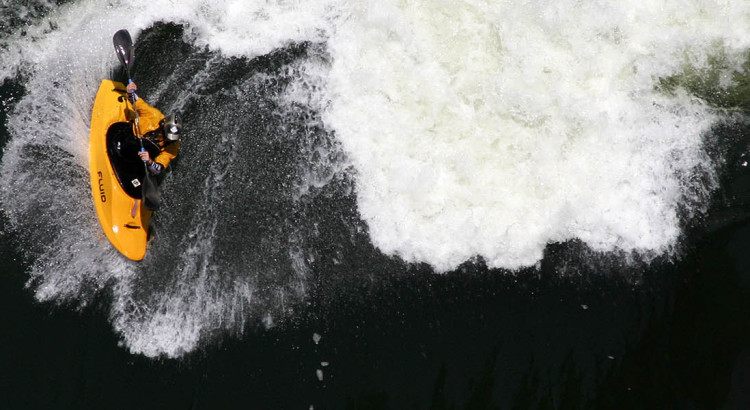 When you have paddled the Zambezi a number of times, you sort of just remember the intimidation of rapid no. 9 and the big wave at 12B, and you forget the details.

I mean details like the ferry at 1, just below the Boiling Pot and just above the Wall; the smooth wave at 2 with a decent size hole right next to it; the bouncy, sometimes violent wave at 3; the tight line over the Dragon’s Back on 4 (Morning Glory) when the water is low; the boof or the clean line next to it in 5 (Stairway to Heaven); the big wave train at 6 (Devil’s Toilet Bowl); the huge diagonal you have to break at 7 (Gulliver’s Travels) after which you have to negotiate the Land of the Giants; the big drop and massive hole of 8 (Star Trek), which can hit you hard if you miss the window; the big waves at 10; the nasty boils at 11 (Overland Truck Eater) which get on your nerves no matter how many times you’ve run it; the huge wave trains at 12A and C; the huge waves and some big holes at 13 (the Mother), 14, 15 (Washing Machine), 16 (Terminator) and 17; and then of course the temperamental big, violent, thrashing hole at 18 (Oblivion) which will sometimes take mercy and spit you out in seconds, and other times give you a solid beating before letting you go.

You forget these details when you’re somewhere else, living another adventure or slaving away in the office. But every time you return to the mighty Zam, you fall in love again with the big water, the big lines, the big waterfall, the big gorge, the big hikes at the put-ins and take-outs, the big heat, the big hippos and big crocodiles. END_OF_DOCUMENT_TOKEN_TO_BE_REPLACED