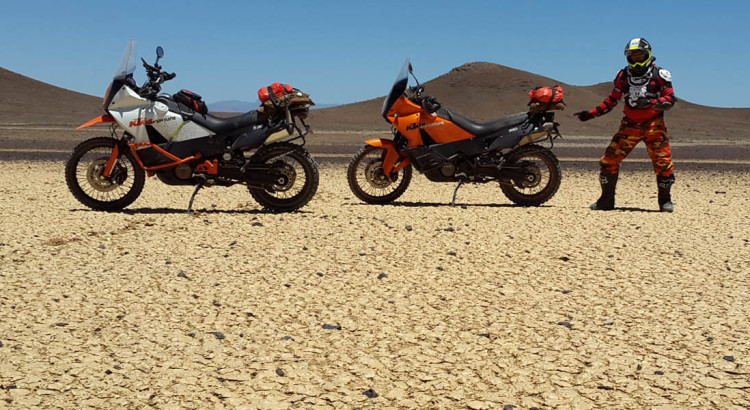 Ever since I read “Zen and the Art of Motorcycle Maintenance” way back as a student, I knew that I would have a bike one day. But like many good things in life, it took a long time before it became a reality. In fact, I didn’t even plan to be riding by now, it was on my “to do in the distant future” list.

Early last year, while chilling in China, I got a whatsapp from my buddy Jacques Holtzhausen. It was a short message: “Ek jeuk” (I’m itching). Followed by a picture of a motorbike. My response was just as short: “Ek’s in” (I’m in). By the time I arrived back in South Africa a few days later, Jacques was already well versed in motorbike nomenclature. I had to catch up quick.

Fast forward a few months, and we found ourselves in the Tankwa Karoo, a semi-desert region a few hours’ drive northeast of Cape Town. In December, of all months. The heat became a formidable challenge, but nonetheless we had great rides on some magical roads. The open skies, the expansive land and the endless dirt roads are the perfect ingredients for the type of trip where memories are made and pictures are taken. With cellphone cameras, nogal.